An Overview on Pizza’s Beginnings to Its Modern Popularity

The classic pizza is available to eat in every country, with each nation reinventing its recipe and flavor. However, have you ever asked yourself where pizza came from and how it became so popular? Pizza has a long history, from being a meal for commoners to one of the most well-known delicacies around the world.

Rising from the formula of flatbread

The core form of pizza comes from the traditional flatbread, which has a simple assortment of savories to bring flavor to the bread’s saltiness. It’s a simple meal for people who couldn’t afford to have plates at the time. There’s evidence of people eating this in Virgil’s Aeneid, where Aeneas and his crew shared “the thin wheaten cakes.”

However, it wasn’t until the 18th century that the dish’s development became a hit in Naples. As one of Europe’s largest cities, Naples had a thriving urban population, but its economy was difficult to contain. One of the lowest social classes, the Lazzaronis, were the poorest among all the citizens. They usually did work as porters, messengers, and casual laborers just to make ends meet. Because of this, they needed to buy something that would be easy to eat and affordable for their budget.

Pizza at the time wasn’t sold in shops but was instead sold by street vendors. Customers could ask for varying slices, depending on their appetite or their budget. Alexandre Dumas notes that a two Liard slice is enough for a decent breakfast, while two sous are enough to feed an entire family.

The pizza recipe wasn’t all that complicated at the time. However, it had the addition of easy-to-find ingredients such as garlic, lard, and salt to bring out its flavor. Some vendors also had caciocavallo, horse milk cheese, and even some tomatoes to add saltiness. It was pizza’s price and ingredients that made it a hit to all.

It took a long while before food writers could take pizza seriously as a meal because of its association with the poverty-driven lazzarone. Neapolitan cuisine didn’t want to recognize pizza even when the first cookbooks came up in the late 19th century. This was the case even when the Lazzaronis’ rise in social status also led pizza to be available in some restaurants.

Eventually, the Italian unification caused the visit of King Umberto I and Queen Margherita to Naples to develop pizza’s fame. Tired of the complexities of French delicacies, the noble pair ordered a simple dish for their meal. They got pizza that contained tomatoes, mozzarella, and basil, which struck a chord with the queen. This led to the naming of pizza Margherita in honor of the queens’ favor for the dish. The noble couple’s seal of approval brought pizza from being a street food to a gourmet dish that royal families can enjoy. The pizza recipe quickly spread throughout Italy with additions and improvements to the original due to local tastes and higher customer demand.

Fast forward to 1905 in the land of the free, Italian immigrants in America’s East Coast popularized pizza through the first pizzeria, Lombardi’s, in New York City. Their recipe for the Italian dish evolved at the same pace of urbanization, adapting the tastes of locals and other restaurants who didn’t have an Italian origin.

The changes to make pizza conform to local tastes separate it from its Italian roots. However, these personalized changes also make the traditional form of dough, tomato, cheese, and different meats and vegetables unique to every restaurant. Because of this, pizza is now one of the most diverse food items in the world, with every nation’s palette at its disposal.

If you’re looking for the best pizza places in Port Coquitlam, Omega Pizza can end your search. We offer a wide selection of pizza flavors and wings for your insatiable cravings. Order from us today to have a taste of our world-famous Omega pizzas!

Get Special offers & deals sent directly to your email 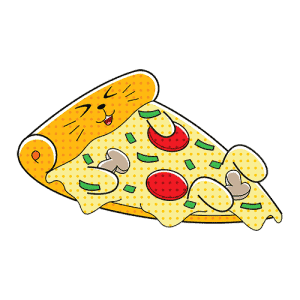